Barcelona is a city where history, art and culture are breathed in every corner. It is among the European metropolis that receives the most foreign visitors and this is largely due to the high historical and cultural value of its most emblematic monuments.

If you are interested in knowing this charming city and do not miss the essential, in this article you will find 4 places that you should not miss. 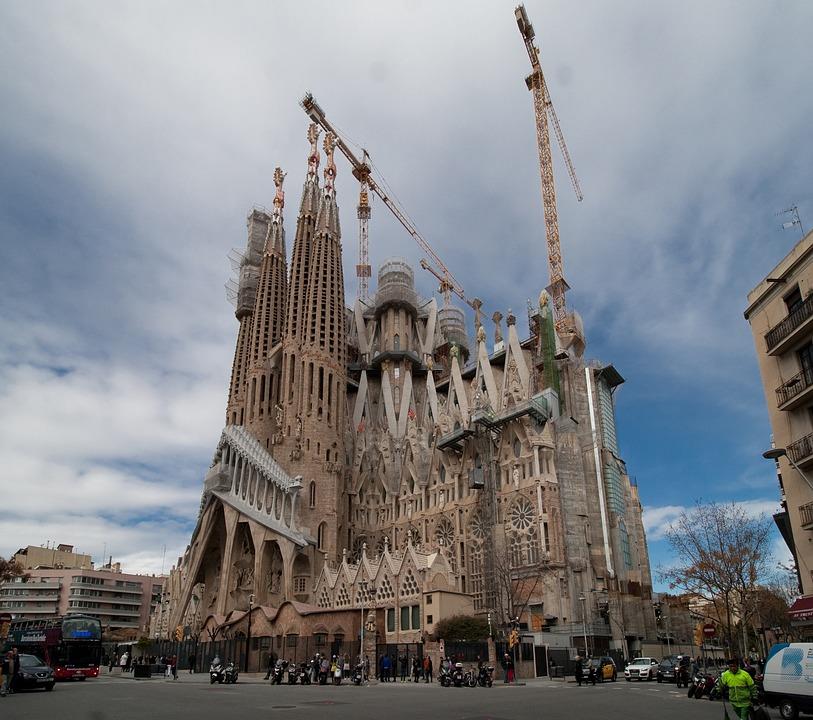 Expiatory Temple of the Sacred Family:

Popularly known as the “Sagrada Familia”, this church is the second most visited church in Europe after the Vatican and within Spain it is one of the most interesting tourist centers along with the Prado Museum in Madrid and the Alhambra in Granada.

Its construction was started in 1882 and today is not yet finished. According to the estimates made, it is expected to be complete by the year 2026.

The Sagrada Familia is the masterpiece of the Spanish architect Antoni Gaudí, the greatest exponent of Catalan modernist architecture. It is important to mention that although Gaudí could not finish his work, to which he dedicated his last years of life, the design that the famous architect designed has been respected.

The temple stands majestically in the center of Barcelona. One of its most striking features are its three facades and among them the main façade of Gloria. It is a true work of art where death, final judgment, glory and hell are represented.

Another distinctive element within Gaudí’s design for the church are the towers by which it will be identified from any point in the city. In total they total 18 and although they are not yet fully constructed, you must know that beyond the distinction that you bring to the church, they are loaded with a great religious significance. According to the design of its creator, 12 of them must be dedicated to the Apostles, 4 to the Evangelists, 1 to Mary and 1 to Jesus. Nor will the size be the same for each tower, but its height will vary depending on the religious hierarchy they represent.

As I said, this site is one of the most visited in Barcelona so when you arrive you will find a huge line to access its facilities. However you can avoid having to wait if you buy your ticket through the internet.

One of the essential stops when you visit Barcelona is the Arc de Triomf. This structure was erected as part of the Universal Exhibition of Barcelona that took place between April 8 and December 9, 1888, appearing as the main entrance to it.

Submit your application today and get your ETIAS authorization by email

It has a height of 30 meters and unlike the Arcos de Triunfo found in other parts of the world whose decorations are destined to honor military issues, this is characterized by its allegorical elements for economic, scientific and social development.

It should be noted that from its creation to the present it has been located in the same place and that throughout history it continues to have a social function serving as a goal on multiple occasions for pedestrian races, as well as for the celebration of various cultural activities. 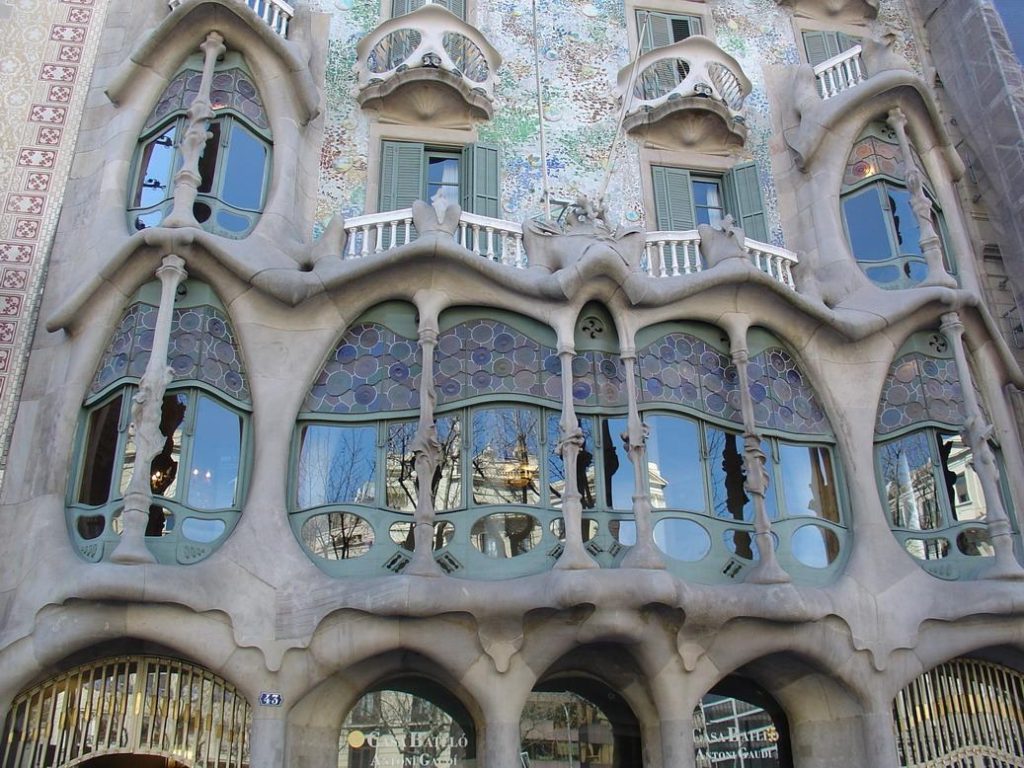 Casa Batlló is another of the masterpieces of the architect Antoni Gaudí. It is a building located on Passeig de Gràcia in Barcelona and which currently represents a must-see for all who travel to this city.

Check here if you are eligible for ETIAS.

The construction of this wonderful building was carried out between 1904 and 1906. It was designed by Gaudí initially as the home of the Batlló family and over time their owners were changing as well as the use of their facilities until in the year 2011 its doors opened to the public to the delight of those who want to know Gaudí’s work closely.

It is considered an emblematic monument of the city due to the high cultural value that it possesses since it is one of the most representative works of the naturalist stage of its author, reflecting in it its artistic fullness. So much so that in 1964 Casa Batlló was declared a World Heritage Site by UNESCO as part of the “Works of Antoni Gaudí”. 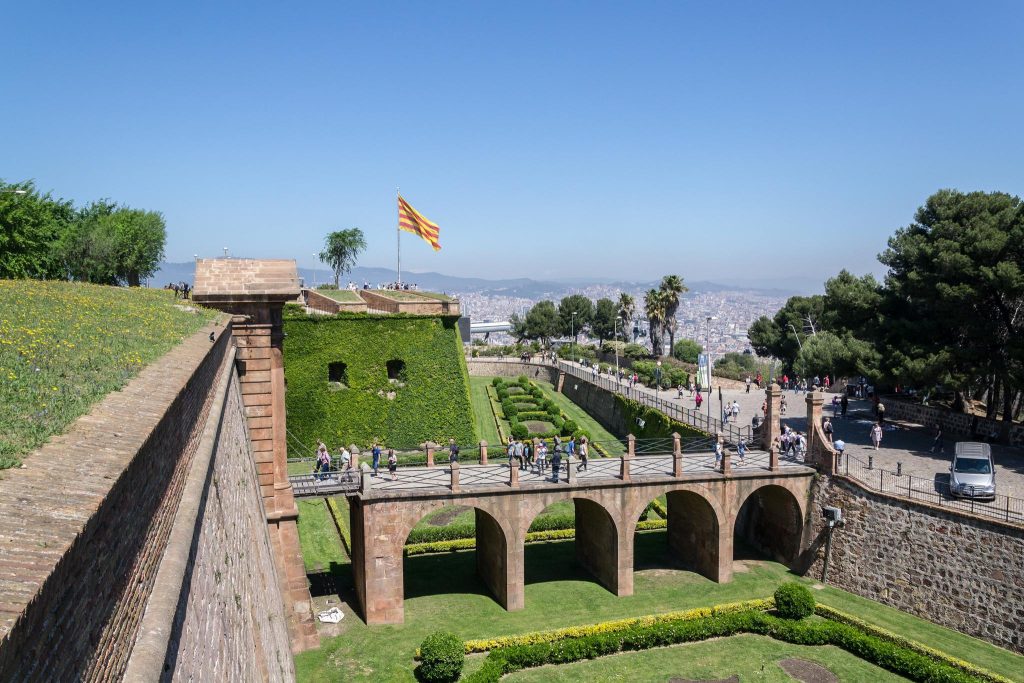 This old military fort is another of the centers of greatest tourist interest in Barcelona. In its walls, it holds a large part of the history of the city, being the seat of numerous events that marked its development.

Its location on the summit of Montjuïc mountain gave it a strategic position for the defense of the city in times of war. With the passage of time, its facilities were used as a prison and a war museum, and are currently owned by the City Council of Barcelona.

You can tour it by arranging a guided tour through which you will have access to places that are not normally open to the public such as the dungeons or the watchtower. In addition, if you dare to arrive, you will have the opportunity to enjoy the different exhibitions organized by the center as well as you can participate in the workshops offered where a detailed explanation of the history of the center and its evolution is provided.

See also: Curious facts about the Tower of Pisa

Undoubtedly each of the places mentioned above are presented as very good options to plan your trip to this city. I hope you have been used to make the final decision to organize your next vacation in Barcelona.